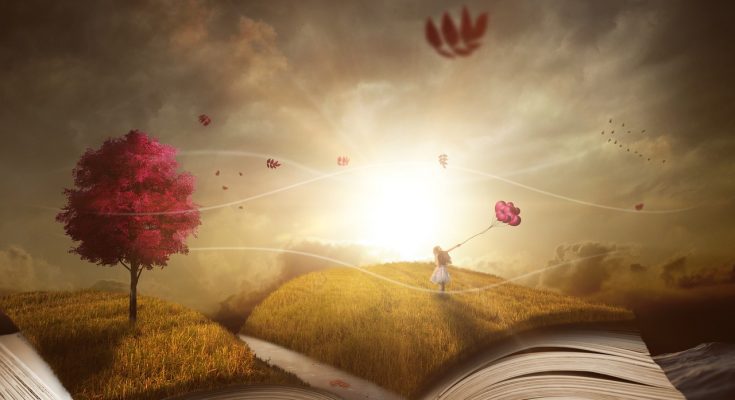 Others distinguished visitors and residents include

The History of Ventnor and District

Although its rapid transformation from quiet hamlet to bustling Victorian holiday destination only occurred around the mid 19th Century, Ventnor and the surrounding area has a rich and interesting history almost as diverse as the picturesque Mediterranean style terraces and exuberant architecture that today adorn the town.

The 7 mile long Area of Outstanding Natural Beauty known as the ‘Undercliff’ stretches along the south coast of the Isle of Wight, from Luccombe through Ventnor and down to Blackgang at the Island’s southern tip. The result of a series of landslips occurring in the last Ice Age around 7000 BC when the Island separated from the British mainland, the cliffs and downs along the Undercliff can be seen rising almost 800 feet above Ventnor creating some stunning and varied coastal scenery. It is these features which are largely responsible for the area’s famous sheltered sub-tropical climate.

The region was quite unrecognisable before Victorian times – Bonchurch and St Lawrence villages can be traced back many centuries, but the area inbetween that is now Ventnor remains unmentioned until much more recently. Bonchurch derives its name from its famous church, one of the oldest in the south of England. Built on the site of an 8th Century Saxon church by Benedictine monks who arrived from Normandy around 1070, they dedicated it to St Boniface, the Saxon saint born in Devon in 680 AD and who remained Patron Saint of England until the Crusades. The village is named ‘Bonecere’ in the Domesday Book – ‘cere’ being Saxon for church, ‘Bone’ short for Boniface.

St Lawrence is named after its tiny ‘Old Church’ dedicated to Lawrence, Archdeacon of Rome who was martyred in 258 AD. One of the smallest churches on the Island, and one of the oldest too – much of the existing structure dates back to the 12th Century. It is still in regular use today.

Theories on the origins of the name ‘Ventnor’ are highly contested. Since Anglo-Saxon times the Ventnor area was known as ‘Holeweia’ and, by the late 12th Century, ‘Holeweye’, part of the manor of ‘Holeway’ or ‘Holloway’. The first documented mention of ‘Vyntnor’, ‘Vintner’ or ‘Vintnor’ was in the late 16th Century – some believe this refers to the Vintner family which held the estate. The IW Council’s Coastal Manager, Dr Robin McInnes OBE, in his fine book “50 Years Along The Undercliff” cites JL Whitehead in his 1911 book “The Undercliff of the Isle of Wight”, claiming links with the pre-medieval Celtic word ‘gwent’ (with its Latin equivalent ‘venta’) and the Danish ‘ore’ or ‘nor’, meaning ‘white’ or ‘exposed’ ‘beach’, the name possibly originating from early Scandinavian settlers. Yet more theories abound in local folklore: some claim it involves wine (well the climate is certainly well suited), others that the town’s eventual name refers to the geological ‘vents’ or holes around the area. Whatever the truth of its origins, by the early 18th century maps were showing the hamlet had become known as ‘Ventnor’.

The area that Ventnor town now occupies back then comprised around 330 acres of farmland, accessible from the rest of the Island only by a couple of rough cart tracks. Down in Ventnor Bay, then as now, crab and lobster were the main focus of activity. An early document from 1813 praises the Bay as “the most picturesque spot along the coast” and describes thatched fisherman shacks along the shore with an old corn & grist mill high above (on the site now occupied by the Winter Gardens), fed by a stream which today still flows gracefully down to the sea below (its current form, the beautiful floral Cascade, was originally landscaped in 1903).

Ventnor’s fortunes were transformed in the 1830’s when a report by eminent physician Sir James Clark extolled the beneficial healing qualities of the climate and waters. Almost overnight, Ventnor became a very fashionable destination and health resort – Hygeia, goddess of health, still decorates the Welcome signs as you enter the town. Building work soon flourished, and the population ballooned from under a hundred in 1810 to nearly one thousand by 1840. This figure had tripled by 1851 and reached almost six thousand by 1900.

Ventnor’s heyday peaked in Edwardian times but continued through the twenties and thirties with more and more visitors eager to enjoy the area’s long summers, fine beach, promenade, Pier and the new Winter Gardens opened in 1937. War brought carefree holidays to an abrupt halt, the early radar station on St. Boniface Down making Ventnor a choice target on a number of Luftwaffe bombing raids.

After the austerity and suffering of war, the fifties saw people flocking back to the coast again but, like many seaside towns, Ventnor saw its fortunes decline in the sixties with the coming of cheap foreign package holidays, a decline accelerated by the closure of the railway in 1966.

Nevertheless, Ventnor has continued to thrive and, as a visitor destination, is currently enjoying something of a renaissance in popularity, not least of all because much of its Victorian architecture has remained unaltered. New and established businesses alike are rising to the challenge of catering for increasingly discerning tastes, with chic yet sympathetic new developments encouraging many newcomers to settle in the town.

There remains something of a pioneering spirit from its history in the town and its people, proving that it is possible to enhance and improve and yet do so without spoiling Ventnor’s trademark essential ingredient – its ‘old fashioned’ charm.

When the railway reached the town in 1866, Ventnor cemented its place as one of the country’s most popular holiday destinations, with more people than ever coming down to discover the delights of the scenery and the evolving town. Ventnor’s main station continued to be the main gateway to the town until its closure nearly a century later in 1966. It is now a busy industrial estate and focus for local business.
A smaller station – Ventnor West – opened in 1900 but cutbacks forced its closure in 1952, and it is now a private residence.

Ventnor’s original Harbour collapsed soon after its construction in 1862. Work began on a second pier in 1871 but, while undergoing completion ten years later, this too fell victim to a storm. Flaws were identified in the design and construction, and the importance of weather, tides and natural coastal defences were reassessed. Undeterred, the town commissioned yet another design and the new 650 feet long Royal Victoria Pier opened in 1887. This became Ventnor’s main landmark and attraction, its concert hall (and, later, the famous Pavilion) hosting popular year-round entertainments and Summer Shows, while the Ventnor and Southsea Steam Packet Company started services by sea to the Pier in 1888.

The Royal Victoria survived two world wars (apart from being cut in two to prevent invading forces using it during 1939-45) and the peaks and dips in popularity of the British seaside holiday, right up until 1981 when its deteriorating condition prompted safety fears. Only the entrance amusement arcade was kept open, but this burned down in 1985. Despite surviving southern England’s notorious hurricane in 1987, the structure had gone beyond economic repair and, in 1993, the Royal Victoria Pier was finally demolished.

Fortunately the story doesn’t end there. The Council teamed up with a utility company and, by the late 1990s, construction work had commenced on a new facility on the site of the old Pier. The result is another attractive landmark building with circular ‘bandstand’ covered seating, panoramic views and seaward walkway, all concealing a new pumping station hidden beneath.

Upon completion, the new Ventnor Haven harbour was constructed alongside the ‘bandstand’ for berthing smaller craft. Officially opened in 2003, the Haven is currently being expanded into a New England style working port and marina for all sizes of vessel and, south of Cowes and Yarmouth, the only stop-off point for round-Island sailing. The history of Ventnor’s piers and harbours has now come full circle.

The Royal National Hospital was opened in 1867 to deal with tuberculosis and other chest diseases. Again, the climate of the area was an important factor in its choice of location. The Hospital continued its vital work rehabilitating patients for over a century, until advances in medicine and the decline in these diseases resulted in its closure in 1969.

The Council was able to acquire the land and, when no other viable use could be found, the old Hospital had to be demolished. Instead the lovely grounds were landscaped and opened to the public initially as the Steephill Pleasure Grounds; they were then improved and, in 1975, reopened as Ventnor’s famous Botanic Gardens. Sadly the Gardens – like most of Ventnor – could not escape the ravages of the Great Storm of 1987 which destroyed many trees and planted areas. However this actually afforded the opportunity for a radical remodelling of the layout of the Gardens and its contents, resulting in today’s arrangement of themed gardens each showcasing many rare and exotic plants from around the world, some unique in Britain. 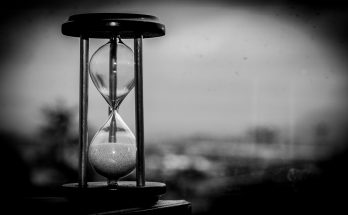 Ventnor and the Undercliff

When professional carpet cleaning is the best solution to bet on

How to solve the bed bug problem – treatment tips and ideas

Think the carpet is already very dirty? No problem and cause for concern because the team of Crown Cleaners London is available

How to clean the carpet with ease? Specialists from Carpet Cleaning ltd. give the answers

How to provide our child with excellent pre-school training